Is Sleep Snoring a Disease?

Many people think that snoring is not a disease, but a manifestation of good sleep, in fact, this is a misunderstanding. 45-year-old Mr. Wang often feels sleepy and weak during the day, and is easily irritable, and recently he also feels uncomfortable with his heart, and has visited the cardiology and neurology departments for many times, but no obvious lesions were found in his heart and brain. He was diagnosed with severe obstructive sleep apnea hypoventilation syndrome (OSAHS) as a result of polysomnography. What exactly is OSAHS? It is a potentially fatal sleep disordered respiratory disease, which is harmful and has many complications, and has not attracted much attention as a common clinical disease.

The Dangers of Snoring

Causes multi-organ and multi-system damage: Due to frequent apnea during sleep, it leads to oxygen deprivation damage to various organs in the body, which can be life-threatening in serious cases.

The central nervous system often forms cerebral ischemia and cerebral hemorrhage episodes, which can also cause premature aging and dementia.

What Kind of People Are Prone to Snoring?

It is more prevalent in middle-aged and elderly men and postmenopausal women, which is closely related to the accumulation of fat in the neck and abdomen and lower estrogen levels.

In addition, obesity, endocrine diseases (e.g. hypothyroidism, acromegaly), bad habits such as smoking, alcoholism, staying up late, and long-term use of sedative sleeping drugs can aggravate snoring. Tonsillar adenoid hypertrophy in children can also lead to snoring in children.

Diagnosis and Classification of Snoring

The gold standard for the diagnosis of snoring relies on overnight polysomnography (PSG), which can monitor the patient’s breathing, blood oxygenation and sleep throughout the night.

Patients can be classified as mild (AHI:5-15), moderate (AHI:15-30) and severe (≥30) according to the sleep apnea hypoventilation index (AHI) monitored by PSG.

In addition this disease requires specialist otorhinolaryngology-head and neck surgery examination, electronic fiberoptic nasolaryngoscopy, and 3D CT of the upper airway to adequately assess the plane of upper airway obstruction. 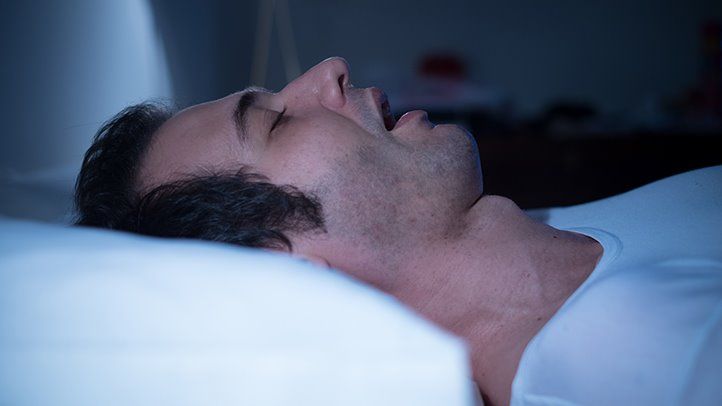 The metabolic status (including blood pressure, blood glucose and lipid level) of snoring patients also needs to be adequately evaluated.

Non-surgical treatment methods: mainly include non-invasive ventilator and oral orthodontic appliances. Different treatment methods can be selected according to the severity of the disease and comorbidities.

Surgical treatment methods: For patients with obvious airway obstruction and intolerance to ventilator treatment, upper airway surgery can be considered, including nasopharyngeal and nasal surgery, oropharyngeal and tongue surgery, and maxillofacial related surgery, which can achieve better surgical results.

The specific surgical procedures need to be individualized and precise by the otorhinolaryngology-head and neck surgeon according to the detailed examination and combined with the patient’s condition.